Golden Matrix Group Inc (NASDAQ: GMGI) is in the midst of a powerful reversal northbound since a brief dip below the $2 mark in December. Golden Matrix is an exciting growth story that started off as a penny stock several years ago rocketing up the charts to highs of $14 per share in the summer of 2021 with another more recent spike over $10 per share in March 2022 after the Company uplisted to NASDAQ. Currently just over $2 per share GMGI is at the very bottom of its range and has a significant gap to fill from current levels. Golden Matrix currently trades at a total market valuation of just $70 million, with a low OS of 28 million shares and just 13 million shares in the publicly traded float.

GMGI operates in an incredibly profitable nitch in the booming online gaming sector projected to be worth $314 Billion by 2026 up over 100% since 2018. Golden Matrix builds configurable and scalable, turn-key and white-label gaming platforms for its international customers, located primarily in the Asia Pacific region. Currently Golden Matrix has 41 partnerships, 645 operators using the Company’s platforms, 6.8 million registered players and has developed more than 10,000 games. Recently the Company reported record revenues of more than $34 million for the fiscal year ended October 31, 2022 and according to the CEO, Brian Goodman, a well-known international gaming expert and 25-year industry veteran, revenues will more than double in the next 12 months. We will be updating on GMGI when more details emerge so make sure you are subscribed to newsytrends.com by entering your email below. Golden Matrix Group’s GM-X and GM-Ag System turn-key solutions (including modular, configurable and scalable gaming platforms), are complete software packages for starting an online gaming business, incorporating all the tools and gaming content necessary to run an online Casino and/or Sportsbook, offering a full suite of tools and features for successfully operating and maintaining an online gaming website; from player registration to user management and content management. The GM-X and GM-Ag Systems have been deployed primarily in the Asia Pacific and Golden Matrix is currently focused on expanding its deployment into Europe, U.S., South America, and Africa. The online gambling industry, in the U.S., is essentially regulated at the state level. The Company is currently in discussions with multiple specialist gaming attorneys in the U.S. and currently plans to engage one of these gaming specialists to represent the Company in its applications for a gaming license in the U.S. More recently Golden Matrix has developed its own proprietary Peer-to-Peer E-sports gaming product which is expected to launch in the coming months, subject to compliance with applicable law, and approval from applicable authorities. This product, if approved and launched, will be marketed as the Player2P Platform. The Player2P brand will be focused solely on esports gambling and 18+ gaming. Player2P is expected to not only offer users traditional casino style games but allow players to compete against each other whilst playing E-sport console games. The Company has encountered some minor delays due to slower than expected delivery times from its game developers in India and it is now anticipated that the E-sport portfolio will launch in the second quarter of 2022. In addition to launching the Player2P product into its existing distribution network, Golden Matrix plans to launch this business-to-consumer (B2C) platform into selected States in the U.S., subject to regulatory approvals.

Golden Matrix customers are primarily licensed online gaming operators. The Company also provides services and resells third party gaming content to licensed online gaming distributors. The majority of the Company’s customers hold gaming licenses in Asia, South America, and Europe. The Company provides business-to-business services and products and does not deal directly with players. According to a study by Mordor Intelligence, the online gaming industry is expected to witness substantial growth over the next five years, the global gaming market was valued at USD $173.70 billion in 2020, and it is expected to reach a value of USD $314.40 billion by 2026, which would be a compounded annual growth rate (CAGR) of 9.64% over 2021-2026, and in addition to this potential growth opportunity, the Company sees within its existing core markets, a large and growing universe of additional potential new customers for the GM-X and GM-Ag Systems. The Company’s focus will be on developing markets such as Latin America, Africa, and selected U.S. States that are currently implementing regulated frameworks for allowing real money betting. As a result, management believes the Company has a significant opportunity to expand its tried and tested systems into a much broader global market because its proprietary gaming technologies are flexible and scalable and have been built and tested over many years. Golden Matrix vision is to become the platform of choice for casinos and sportsbook operators seeking to transition from a land-based casino and sportsbook environment onto an online environment.

$GMGI performance YTD was better than $TSLA. Close to $DKNG and slightly worse than $AMZN. $GMGI has 18 consecutive profitable quarters and 201% YoY growth. Loving all 4 stocks to rebound in 2023. Recession is where deal are found and to take a millionaire to millionaires. pic.twitter.com/ev0403MCu0

To Find out the inside Scoop on GMGI Subscribe to newsytrends.com Right Now by entering your Email in the box below 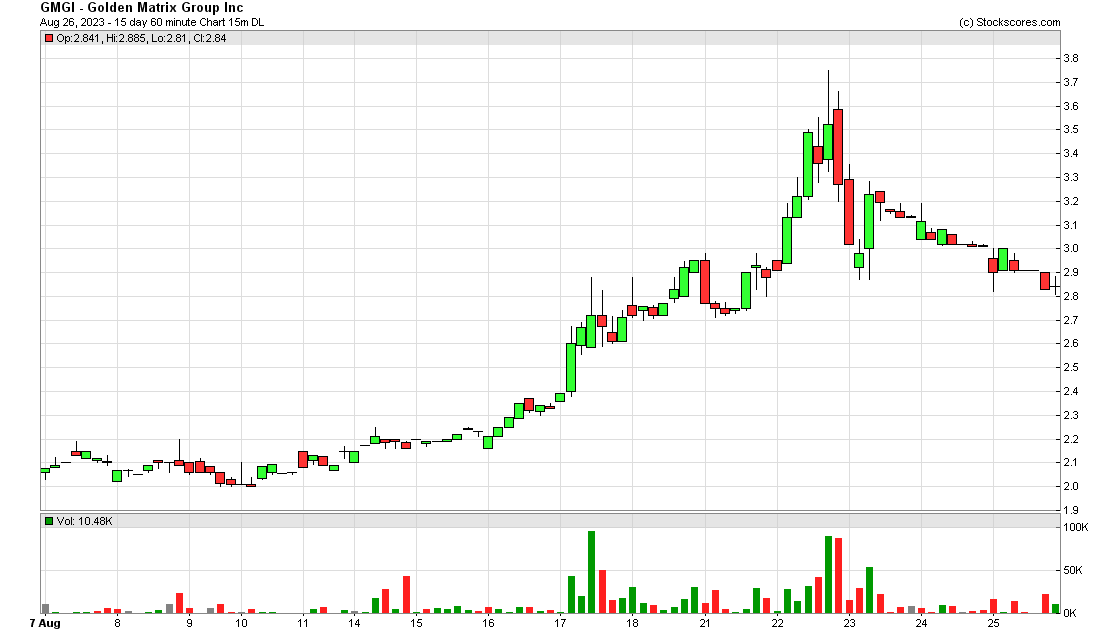 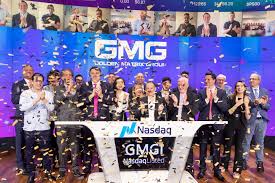 Golden Matrix acquired its 80% controlling interest in RKingsCompetitions Ltd, which operates a business-to-consumer (B2C) Tournament Platform at the beginning of the fiscal year; and as a result, there were no contributions to GMGI’s overall revenues by Rkings during the prior twelve-month period. Golden Matrix CEO Brian Goodman noted, however, that, “the Company’s traditional business-to-business (B2B) gaming segment showed a 30% improvement in revenue growth for the twelve months ended October 31, 2022, compared to 2021, and it currently services over 600 Online Casino Brands with more than 6.8 million registered users across all GM-X platforms.”

The Company also noted that during the fiscal year just ended, RKings had awarded over $14.5 million in prizes, including luxury cars, jewelry and other luxury goods. Currently, RKings has about 68,000 Instagram followers, in addition to more than 376,000 Facebook followers. The number of registered users on the tournament platform now exceeds ­­­­261,000. Further information regarding the results of GMGI’s operations for the fiscal year ended October 31, 2022, will be included in the Company’s Annual Report on Form 10-K, which the Company plans to file with the Securities and Exchange Commission before January 15, 2023.

$GMGI– Upward trend continues. 2023 will be a great year for this company. This stock was over $10 earlier this year and has been beaten down for really no reason. Good things happening with this company. Do your own research. The chart is shaping up for a run. pic.twitter.com/DT2eVBWO7c

Currently trading at a $70 million market valuation GMGI has an excellent balance sheet with $15.8 million in cash in the treasury, $33 million in assets vs $3.6 million in total liabilities and no convertible debt on the books. As we reported Golden Matrix has exponentially growing revenues recently reporting a record $34 million in revenues for the fiscal year ended October 31, 2022 and according to the CEO Brian Goodman, GMGI revenues will more than double in the next 12 months. GMGI is an exciting story developing in small caps, currently trading at the bottom of its trading range just over $2 per share the stock was trading as high as $14 per share in 2021 when the Company had a similar share structure with 23 million shares outstanding. GMGI is also profitable and making money and has been for the last 18 quarters in a row most recently reporting a net income of $628,332 for the 3 months ended July 31, 2022 on $9.1 million in revenues. GMGI is a very fast-growing Company operating in a very profitable nitch that continues to rapidly gain market share in the booming international gaming sector expected to reach $314 billion by 2026. The stock deserves to be at the top of any small cap speculators watch lists. We will be updating on GMGI when more details emerge so make sure you are subscribed to newsytrends.com by entering your email below.

Disclosure: we hold no position in GMGI either long or short and we have not been compensated for this article.